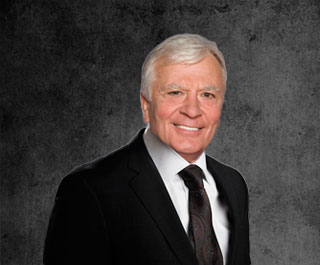 Jon Luther is an Executive Board Member principally focused on the consumer and retail sectors.

Mr. Luther previously served as Chief Executive Officer of Dunkin' Brands from 2003-2010 and as its Chairman from 2010-2013, where he led the transformation, revitalization and global expansion of two iconic brands -- Dunkin’ Donuts and Baskin-Robbins. Prior to joining Dunkin’ Brands, Mr. Luther was President of Popeye’s Chicken & Biscuits, President of CA One Services and held leadership positions in the contract foodservice division of the Marriott Corporation, at ARAMARK and at Benchmark Services.

Mr. Luther currently serves as lead Director at Six Flags Entertainment Corporation (NYSE: SIX), as Chairman of Arby’s Restaurant Group, Inc. and as a member of the board of Brinker International (NYSE: EAT). He is Vice Chairman of the Board of Trustees of the Culinary Institute of America and the immediate past Chairman of the International Franchise Association. Mr. Luther holds a degree in hotel and restaurant management from Paul Smith’s College.